The 11 Most Common Mistakes Guys Make When Approaching Girls

So you worked the courage to go up to that cute stranger you saw on the street. Your blood is pumping fast and your hands almost shaking as the closer you get the more you realize she’s exactly your type.

Now would be a good time to not screw it up, right?

Yet unless you do this for a living and like to call yourself a PUA, chances are that you’re actually a normal guy who just likes to go for what he wants, chances are also that you’re making some small mistakes that will have a big impact on how this beautiful stranger will perceive you. Science says that the first 10 seconds of an interaction play a HUGE role in how your new relationship goes so you really want to give a very good first impression. 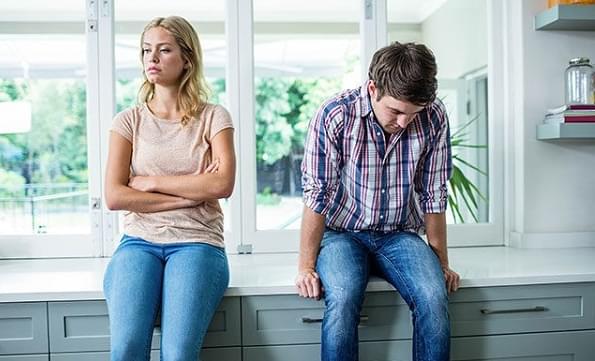 But relax, take a breather, in reality that just means you shouldn’t do a few things that I’m going to explain below.

1. Not approaching at all

Let’s put the obvious one first and foremost. Only those who take action get results. You could be sitting safe, at no risk to get rejected, but you’d also be at no risk of meeting a cute girl. 80% of the male population is dead-afraid to walk up to a beautiful woman and start the conversation with her. Have you ever heard of the Pareto principle?

The only difference between a guy who meets a lot of women and a guy who doesn’t, is that the one who’s meeting a lot of women is also getting rejected very often. And that’s okay. Rejection is part of the game. In truth most of your interactions won’t lead anywhere. But when they do, oh boy, you’ll feel amazed by your new I-can-meet-women-anywhere super-powers.

2. Waiting for her to look at you first

Following on the previous one, you might think that waiting for a woman to start the conversation with her first is required for her to be receptive to you. This is so wrong.

So many times I’ve walked up to a girl who didn’t even notice me, who looked all pretty but also all grumpy. There sometimes happens this magical moment when you see a big smile appear out of nowhere on her face, just because you walked to her and said “Hey, I saw you and I thought you were cute so I wanted to say hi…”. She didn’t notice me, and I gave her the chance to get to know me. And she was extra happy about it. And this is really the frame you want to be coming from when approaching women.

Now I talked about the importance of the first impression in the introduction of this article. This is really key. If you startle a girl by approaching her from behind, you start the interaction with a HUGE handicap (and most of the time she will just keep walking and look at you as if you were a shady axe murderer while all you did was saying hi).

Instead you want to approach from the front or from the side. She has to have you in her field of view before you say anything.

4. Not looking at her in the eyes 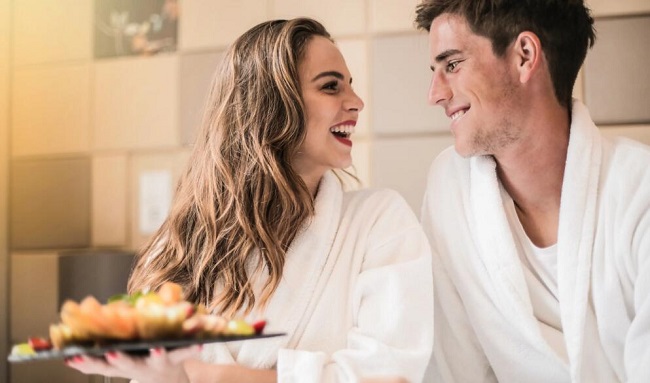 Psychologically speaking, looking at people in the eyes is paramount to build trust, especially with strangers. In dating, holding eye contact is fundamental in signaling to the other person that you’re interested in her and to create sexual tension..

This one is often a sign of nervousness, or you just didn’t think about it and you forgot. In the former case, nervousness goes away the more you put yourself in situations where you interact with attractive girls. There the exposure therapy works wonders.

You might feel a bit nervous when approaching her, this one is a very very common mistake as well. While during the first 20 to 40 seconds you will be talking most of the time to try to “hook” her in the conversation, once that’s done you want to find a nice balance where you both talk 50% of the time. The reason is simple, if you do not let her talk, she cannot get to know you and invest in the conversation. For most men again it’s hard because there is a lot of pressure on you. Stop talking for 2-3 seconds more between your sentences and give her space to invest.

6. Not having anything to say

As opposed to the last point, if you don’t talk at all, she is going to feel too much pressure and she will just go away. Being a good conversationalist is a skill in itself and you need to train and develop it to put some grease in all of your social interactions. A good starting point if you’re having trouble there is to ask them more questions about themselves and take the time to let them answer, then dig deeper on that answer.

7. Not making your intentions clear

So many beggars and people trying to sell you stuff on the streets, you do not want to be mistaken as one of those. Some girls don’t “get it” when you approach them, because it just doesn’t happen often enough to them. While you do not have to un-subtly say that you talk to her because you think she’s hot, you want to have her understand that you’re talking to her because you’re trying to get to know her. How? Ask her questions about herself and actually try to get to know her. Tease her a bit and break this stranger-to-stranger barrier.

8. Not relating to how she feels

I think we can agree on that, a man approaching women in a public place is not the way most marriages start. Does that mean it’s impossible? No. Does that mean she might be confused? Yes.

It is very, very important that whenever you see her being uncomfortable, you address the fact that she is uncomfortable and relate to her.

It is as simple as saying “I know this is unusual to approach people that way but yeah, I wanted to say hi :)”.

9. Leaning in (and invading her private space)

Meeting strangers is scary. It’s scary for you, but it’s scary for her as well. Be mindful of her personal space (imagine a 1 meter wide bubble around her #socialdistancing).

If you enter her physical personal space right off the bat, she is going to feel highly uncomfortable about it and she won’t even take the time to listen to you, she will just be looking to get away.

10. Not walking with her when she doesn’t stop 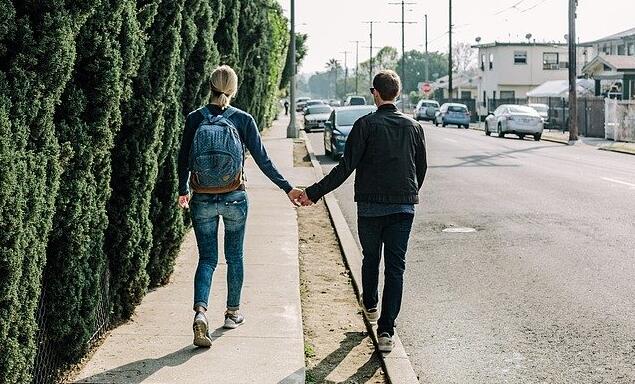 Women are busy, you know. Maybe she is in a rush and doesn’t have the time to stop for every cute guy who looks her way. That doesn’t mean she isn’t open to meeting you. A lot of my clients feel it’s wrong to walk with a stranger because they do not want to feel creepy. There is a good way and a bad way to do it, and you really want to understand the good way to not miss on those busy pretty kitties.

Start by walking with them as you open the conversation with them, not behind, not in the front, on the side, at the same level. If they are not interested you want to stop and let them go, but do not be discouraged because she doesn’t stop for you at first.

Maybe you don’t want to limit yourself to women walking or waiting alone by themselves. While there are many benefits to approaching women who are in a group, you do not want to forget the friends. You want to have them “in your pocket” in a way that they don’t see you as a treat. And if you’re rude and do not even say hi to them, they will be against you, you really do not want that.

An easy fix to that: whenever you approach a girl who is with friends, when the friends look at you, address them and say hi, then get back to talking to the girl you like.

Alright that’s pretty much all for today. Keep up approaching beautiful women and sharing the high-value man you are with them!

Who am I? Max here, nice to meet you.

I’ve been a dating coach for a few years now and I’ve been helping hundreds of guys all over the world becoming more confident and having more, higher-quality women in their life, as well as overcoming their sticking points when it comes to dating and social dynamics.

If you liked this article and would like to see more you can join the new Facebook group HERE or have a look at my website THERE.