Sexy Asian women seem to be everywhere! With the continent of Asia as large as it is, housing some 40 plus % of the world’s population, there are 100’s upon 100’s of cities where one can find beautiful, alluring Asian women.

But first, some things which many foreign men might not realise: with mass intra- country migration, especially in large countries such as China, you’ll find all sorts of women who have either migrated from the countryside to the city or from one city to another—say from Wuhan to Shanghai or Tianjin to Beijing. Also, with many foreign (Asian) nationals working in other countries, it may be possible to meet Filipina or Thai women in Hong Kong, or Indonesian, Malaysian or Indian women in Singapore. 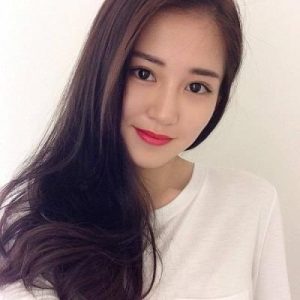 As a rule of thumb, women indigenous to their home cities, let’s say Manila, tend to be taller and slightly paler skinned than their countryside counterparts—mainly due to a healthier lifestyle, better food and less exposure to the sun (with many Asian countries having large agricultural areas, many women in their home village or town have no choices but to work outdoors in the heat).

With more mobility of people within Asia, and with a huge increase in the numbers of foreign men dating or marrying Asian women, there are more and more women of mixed race—and this is not confined to foreign, white men having children with Asian women, as there are numerous marriages between Thais and Japanese, Koreans and Filipinas or even Hong Kong men with Indonesians. The offspring of these types of relationships (especially of Caucasian men and Asian women), for some reason, seem to inherit the best physical features of the parties in question and often the “looks” of these children are highly coveted by modelling agencies and TV shows.

So, all in all, we have a huge variety of attractive women in most Asian cities, from many backgrounds and ethnic origins… , still let’s try and see if we can pinpoint the top ten locations for beautiful Asian women:

A melting pot of great looking women, many with a blend of Chinese, Malay, Indian and Indonesian characteristics.

Very attractive indigenous ladies, their looks enhanced and blended by years of women migrating from the various northern provinces to the capital city.

Most local Chinese men will say that Shanghainese woman are the most attractive in all of China, with their preoccupation with material goods forgivable if their looks are to match. 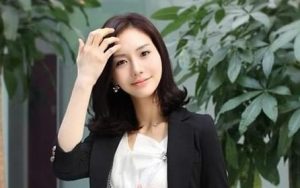 From a local perspective, the biggest competitor to Shanghai, with the stereotypical women perceived as taller and lighter skinned than other Chinese cities—but still as equally independent.

The home to multitudes of dusky, seriously attractive Indonesian women; a complete range of all the ethnicities which make up the various islands of Indonesia.

There’s something really special about the allure of Korean women; their style, their looks—and their love of minor cosmetic surgery.

For one of the best varieties in good looks and classical features of Asian beauty, it’s hard to beat Tokyo; add in a relatively demure temperament and… wow!

One of the perennially favourite cities, certainly for foreign, white men; Thai women are renowned the world over for their amazing beauty and grace—an almost complete “package” for the foreign man wanting an Asian girlfriend or wife.

Fortunately, no matter here you travel in Asia, you’re bound to come across bevies of beauties; all you now need to know if how to meet them and treat them right!