9 Tips For Men Interested In Dating An Older Asian Woman

As men get older, they search for women that are younger and younger. These are the kinds of stats that make older women want to crawl under a rock and never date again.

These women imagine themselves forever living as a single old maid with her entourage of too-many-cats. One guy even stated, “Women older than me keep messaging me. Sorry, but that’s not going to happen.”

What is this guy is thinking? He must have never been with an older woman before. He mustn’t realize how amazing older women are — especially why dating older Asian women can be great. I bet you’ve fantasized about the idea even if you haven’t had the chance to score one of these alluring ladies yourself. 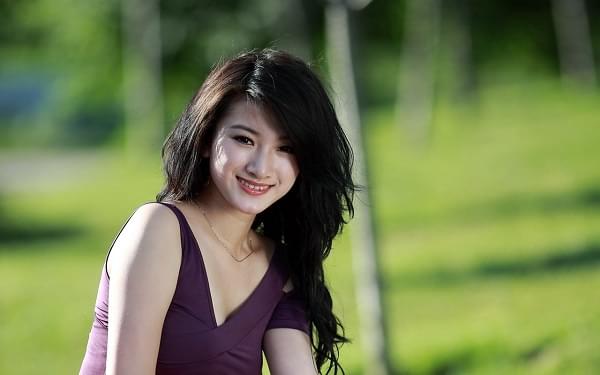 We all know you’re more evolved than the average young man. You’re not a “typical” guy. You’re different and you understand the beauty of dating older Asian women.

Maybe being with an older Asian woman is a fantasy that you’ve been wanting to experience. Or maybe you’ve found some reasons why dating an Asian woman is amazing. You’re in luck either way, because we have some fabulous tips for you to be on your merry way to meeting that Asian honey you’ve been dreaming about.

1. You Need To Be In The Right Locations To Find An Older Asian Woman

According to Teresa Hsiao at Huffington Post, finding an Asian woman isn’t terribly different from other women. However, you’ll need to hit the right places and say the right things. One of those is at the mall! Pinkberry and the library are other notable places you’ll find Asian women hanging out.

Finding and meeting Asian cougars isn’t that different from most women, you’ll find older women at regular places like dance and yoga classes, and concerts. However, cougar dating sites are probably the easiest way to find Asian women.

2. Complement Her Interests And Get Her Number

Now that you’re in the right spot and you’ve found an older Asian woman you’re interested in, it’s time to start a conversation.

Whether that be at some place like the mall, Pinkberry or a bookstore, it’s all about connecting with what Asian women enjoy. Hsiao indicates that’s tech and fashion for most Asian women. If you can get her excited to share her interests with you, you’ll be in the right ballpark.

Once you’ve broken the ice, it’s easier to get her number. She’s already enjoying talking to you about what she loves. Transition that into asking for her number so you can talk a little more about it over coffee or a bite to eat.

3. Don’t Talk About Her Being Asian Outright 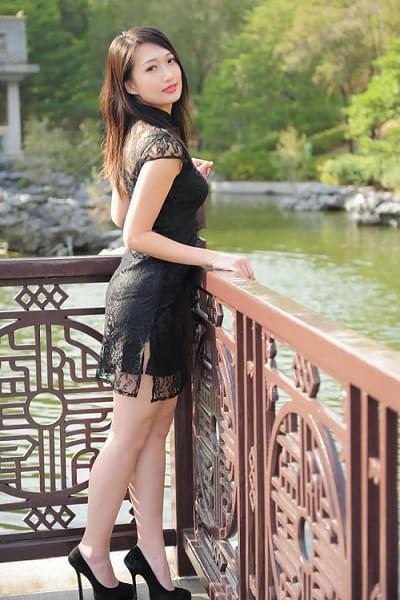 No woman likes when a guy harps on her looks and that’s especially the case for Asian women. They’re often the interest of plenty of guys simply because they’re Asian and they’re tired of dealing with it.

The second you show too much interest in solely her looks of her ethnicity, she’ll likely go running for the hills.

I have a friend with a different look than most women in her town and she got so tired of hearing the words:

“You look so exotic!”

She would silently scream “Ugggghhhh!” inside her mind. Every. Single. Time.

The simple rule here is to treat an older Asian woman much like you would any other race. Don’t talk about it and certainly don’t be creepy.

4. Learn How To Read The Signs

This is no different from any other older woman. You have to learn how to read the signs she’s into you to begin with. If you miss the signs or mistake them for more than they are, you’ll spin your wheels and go nowhere.

She’ll maintain eye contact with you. If you’re out somewhere together, she’ll keep giving you light touches. In some instances, older women will be even more direct — Straight up telling you she’s single.

There’s a number of other signals you could be missing if you’re not paying attention. Learn those signs and be on the look out.

5. Treat An Older Asian Woman Like Any Other Woman

Women are women and have the same wants and desires from a man — no matter what culture she hails from. That means treating her like any other woman and knowing what an older woman is looking for.

6. Don’t Guess Where She’s From

Much of the advice here is to avoid bringing up the Asian fetish that’s so common. That can be a fine line of finding out more about her without being overly fixed to it. One of the top things on that front is to not guess where she’s from.

She might be from the Philippines, Japan, Korea or a number of other locations. She might also have been born in New York and has never taken a plane out of the country.

If she has an accent, you can talk to her about it much like you would any local accent. Something as simple as “You have a really cute accent” is enough to break the ice.

Either she’ll open up more about it and tell you where it’s from or she won’t. Take that as your cue for what she wants.

7. When You Ask An Older Asian Women Out — Have Some Tea 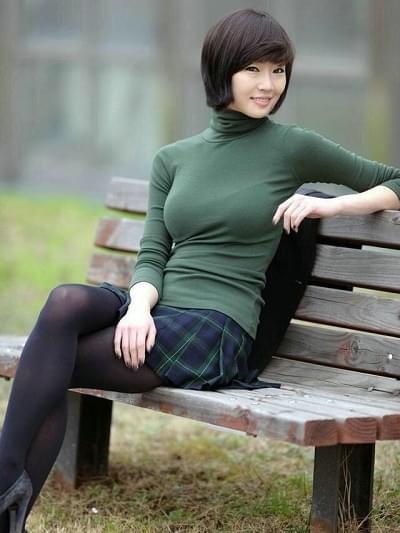 While you shouldn’t focus on her being Asian, it’d be foolish to completely ignore it. If the older Asian woman you’re interested in emigrated, she’ll likely be holding on to customs and traditions.

In many Asian cultures, that means tea.

Ask your date if she enjoys tea. If she does, dive in deeper with what her favorite tea is, because she might likes a specific kind. Different regions of Asia have preferences like black, green or oolong. Some people like sweet, plain or with cream.

Ask her about her history with tea. You might learn something about her culture while having a nice cup while you’re at it.

And if the waiter or barista brings over a full teapot, please do yourself a favor and fill her cup first. Good manners are important to her and her culture.

8. Ask Her If She Knows Any Other Languages — Don’t Assume

Just because a woman looks different from other women around you doesn’t mean that she wasn’t born here.

Even if she was born locally, she might know Mandarin or Japanese if her parents or grandparents speak a different language. You’re already figured out that she knows English if you’ve had a conversation. If she has an accent you can guess she probably knows at least one more language.

If she speaks a different language that you, take the time to ask her about a few words.

You can make it a game and tell her you to want to learn at least one word every time you see her.

Not every area has a bevy of Asian women, much less older Asian women — and that’s alright. You live in the internet age, which means online dating sites are a thing.

There are a number of really great cougar dating sites, all of which give you options to sort by race. It’s a lot easier to find the local single Asian women that way. You’ll also know they’re interested in dating and a little about them ahead of time.

It’ll save most of the legwork necessary otherwise.