10 Tips For How To Date A Japanese Woman

For many western men, dating a Japanese woman is a fantasy come true. Mystery, myth and a special kind of sensuality surrounds Japanese women. Somewhere in the minds of the males from the west is the thought that every Japanese woman could give a man the experience of a geisha. Well, not quite, but then, unless you date one, you will never really find out, will you?

Here are ten tips for how to date a Japanese woman: 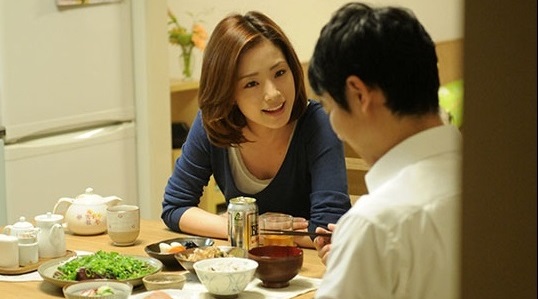 1. Why are you dating a Japanese woman? Define the relationship
What kind of dating a Japanese woman tips are you looking for? Perhaps you just want to pick a woman at the nightclub and take her to bed in which case, not much is involved. However, if you would like to date a woman and marry her eventually, then much more is involved. Thus, your dating conduct will be guided by the expectations of your relationship.

For example, for dating that will lead to marriage and that is in accordance with the Japanese culture, first, there is gokon (blind dates with friends), then there is kokohaku which is where you say “I love/like you” which is taken as an expression of interest to take her out. After that, there is “meet the parents”, more private dates and eventually, marriage. However, most of the Japanese dating advice in this article is meant for foreigners who just want a good time in Japan.

2. Directness may not be appreciated – beat about the bush a bit
While it is true that Japanese women love dating foreigners, the truth is that if you go direct to the point and tell her that you want to make love to her, she will shy off. Dating Japanese woman requires you to consider their coy nature and indulge her. Flirt with her, without indicating right out that you want to sleep with her.

3. Learn something of the Japanese dating culture
Are the Japanese dating customs the same as what you have back at home? Apparently not. Thus, you are most likely to see many Japanese women walking hand in hand with foreign men, but it is not likely to see foreign women walking hand in hand with Japanese men. What does this tell you? There is something that Japanese women look for, and it can only be found in foreign men. This is most likely the affection, the pet names and so on, because Japanese men are shy and more held back when expressing their affection. Hold her hand, smile at her, look into her eyes, but do not kiss her in the public.

4. Do everything that the Japanese man does not do
Japanese men are not known for expressing their feelings. Japanese women are no different from any other women in the world and they love to be petted, to be called romantic names like my love, my pet, my treasure, my jewel and so on. So, in the true western culture, just as they see in the telenovellas, go ahead, unleash some romanticism on your date and she will find you irresistible. This is one of the most fruitful Japanese dating tips.

5. Learn to speak some Japanese
Language gives one identity. If you can painstakingly learn a new language because of your date, it shows you are really interested in her. In any case, most Japanese women find it hard to communicate in other languages. You need not learn everything, but at least, enough to get you by.

6. You MUST show strength
Now, come to think of it, which woman does not love a hunk of a man, you know a Robert Downey Jnr. lookalike? It is not only the physical strength that matters, but the strength of character as well. If you are a shy boy, are 30 years old and you still do not have a job, she may not want to go out with you. You must be a real man to date a Japanese woman.

7. Do not be surprised if she wants to go Dutch on the bills, but treat her
In Japan, there is a culture of self-reliance that is inbred in all people, both men and women. Thus, many women are used to splitting bills especially when they are with their Japanese male counterparts. Thus, be different! Treat her, at your own cost! Which man splits bills with a woman he is trying to date and bed? When reading about dating in Japanese culture, you will find that splitting bills with women is quite common. Do not do that. Real men treat their women.

8. Watch your bottle – don’t drink too much, don’t make her drunk either
A true westerner of a male hunk like you can down several shots of whisky and remain standing. It is however different for the gentle and kindhearted Japanese women. They are poor drinkers who don’t drink a lot lest they cause a scene. So do not let her take too much. Do not take too much yourself. Just a little for decorum, ok?

9. Be safe – practice safe sex only, always
Unbelievably, contraceptives are expensive to acquire in Japan and therefore you should not expect the woman to always have them with her. It is your prerogative to use a contraceptive, in this case, condoms. If you would like to be sure about her safety from STIs, please ask her. Japanese women expect such questions, but they may not feel obligated to be truthful with you, and you may have to ask to see proof.

10. Moving on
Let’s face it … if you were in the relationship for sex only, you will feel obligated to move on sooner or later. Most likely, she will dump you first. In your search for Japanese dating advice, you will find some signs of the end of a relationship. If she takes too long to text you back, if she grows cold towards you, the relationship has most likely ended. Move on.

Conclusion
The key to be a successful one time dater or serial dater is to be a gentleman with women. A woman’s social class, education level, race or culture does not matter. A woman should be treated like a princess and you know what, she will send back the same warmth to you, multiplied. No Japanese dating tips will be enough for you if you do not know how to treat a woman right.