Dating In China What To Expect

So, you’ve managed to find a Chinese girlfriend, or at least a Chinese woman that seems interested in you. Now what?

Well that depends on a quite a few things, because Chinese traditions and social expectations are changing rapidly each person seems to have a different idea of what dating in China seems to entail. Here are the three most common types of Chinese girlfriends.

If you get a traditional Chinese girlfriend, don’t expect to get really intimate quickly, unless you’re a very smooth talker. These women have typically grown up being told that sex before marriage, and even dating before finishing college is a terrible thing that will ruin their lives.

This type of girlfriend also doesn’t like really public shows of affection. They are traditional and usually do not like kissing in public.

You WILL also be asked if you are serious about dating her, which means marriage. And they are serious about this. You will also meet the parents fairly soon if they live close by and you have to make a good impression if you want to stay in the relationship.

Also if you date her and then break up, expect a lot of crying and frequent attempts to talk to find out what went wrong.

A growing number of women, both rural and urban, are becoming more Westernized. This means that they’re less shy, willing to hold hands and kiss in public, and aren’t as innocent as the traditional Chinese woman.

You’ll still get asked questions about marriage, and she’ll probably want to introduce you to her parents within a month if possible, they have to appear nice and innocent. But while they may be more clingy than a typical Western woman, don’t panic too much at this commitment, most of them are just looking for a bit of fun. 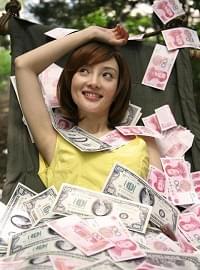 Some expats will tell you every Chinese woman is a gold digger, but that’s not true. While it is customary for the man to have a house and car before getting married, many women realize that that isn’t always possible, and that Westerners are different.

However there is a large minority of Chinese women who when they see a man see a walking wallet. These women will ask you for a pair of shoes, an I-phone, or a computer after the first date. Believe me they are not subtle.

If you have the money, the good thing about these women is that most of them are willing to try almost anything. The bad thing is you need money. The moment you refuse to buy something, there will be a fight.

These are fairly simplified, and you’ll find women with a mixture of these traits. She may be traditional in some ways, but also very Westernized in other aspects, and I’ve talked to some university girls who at first seem very traditional, but then told me stories that made me blush.

So don’t enter a relationship thinking it will be a certain way, but once you get an idea of her attitude you can probably slot her into one of these three categories fairly easily.