How To Create A Perfect Online Dating Profile

As earlier described and stated online dating can best be described as a special opening system where lovers engage each other and also contact each other mainly through the internet. This then leads to arranging a date that usually has the main aim of growing a personal, romantic, or sexual relationship. Online dating entails creating a profile. The profile should include various things in order for it to look marketable. For instance it involves being positive, being honest, checking your grammar, choosing recent photos, being specific, describing your personality, hobbies, your career and ambitions.

1. In matters of being positive it entails avoiding being negative. 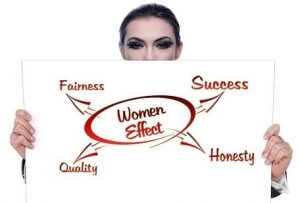 The way you write the profile, always has a bigger influence on your potential matches than you realize. This is because negative tones will tend to push away potential partner. It’s always advisable to be positive about yourself. Scholars argue that dating profile are essentially someone’s dating CV. They try to compare someone’s dating profile to when you wouldn’t like your future employer to read anything negative hence the reason why it’s advisable to being positive in order to attract a positive potential partner. For instance posting oneself as drama queen will lead to people assuming that you have tons of relationship drama, which means you don’t have the self-awareness to see how much of it you create.

2. Honesty is also another key factor that one should consider while creating a dating profile.

This is because lying doesn’t go far. People have a tendency of giving lies online. Many online lies do not involve the creation of false identities. It’s obviously true that it’s much easier to lie online than offline, particularly about your physical appearance or job. People fail to realize that the lies they tell online have the potential to be far more all-encompassing than anything they could get away with in person. Despite that, with most online lies, people fail to know that as they try and attempt themselves in the best possible light, with slight exaggerations it may have a big impact on their future. Honesty is always the best policy.

3. Checking on your grammar is also another key factor that one should always be keen when creating a perfect online dating profile. 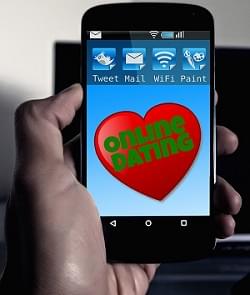 Scholars argue that many people find poor grammar and spelling a complete turn off which lead to someone losing interest. It’s always advisable to be always careful on our grammar. In the current online dating system, there are a lot of online profiles and firms that list spelling mistakes and bad grammar as a pet peeve. Scholars argue that a message that is full errors shows that he doesn’t care about making a good first impression.

4. The choice of your photos also have a big impact on creating a dating profile.

Your picture is always the first thing that that people see when viewing your profile. Scholars argue that it’s always advisable to upload several different photographs of yourself. Always include both a face and body shot. While taking camera shots always maintain eye contact with the camera. It’s not advisable to always look away from the camera. A big smile on your photo is always considered as the most attractive technique that people have. Make yourself the only person in your primary profile picture and don’t forget the fact that your body should be clearly visible. On the other hand, while in a small group of friends, show yourself as friendly and social. Always avoid close shots with the opposite sex since it may be interpreted as being romantic. People should also avoid shots of themselves being drunk as this may deter away future potentials. Scholars argue that an overview of the best profile picture should include features such as smile with teeth, dark-colored suits, jawline with a shadow, head to waist photo, squinch, asymmetrical composition and finally unobstructed eyes. This will have a great impact on the audience.

5. Describing your personality and hobbies in an online dating profile is also a key factor that people should consider.

Always show people your personality and don’t always describe it. For instance show your hobbies by listing them. This include a certain sports, movies, songs or places that you always love going. Scholars argue that it’s always perfect by generalizing what your tastes and your likes and dislikes. Mention your aspirations and passions on your profile. These include things such as what you aspir